Bits Do Help If You Let Them

What Do You Wrongly Know About Bits

I got a nice phone call from a lady who does trick riding and wanted some advice on perhaps needing a different bit for her horse. She said that my friend Brenda Gagnon of Lazy G Ranch recommended me.  We talked for hours!

I love talking about bits.  The first photo is of me during my Myler technical bit certification. Dale Myler is adjusting the bit on the horse. 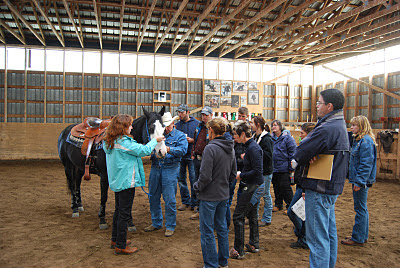 I take a lot of pride in reeducating people on bits as there is a lot of misinformation out there. And disinformation. So Barry Finn, editor of TheRider.com magazine and I agreed that it would be nice to write a series of articles busting the myths about bits. 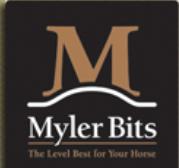 A lot of riders just use whatever bit their fellow riders of their sport use. It's easier that way. I would agree that it's a good place to start. I know I did. I got the reining bit for showing that reiners used back in the 80's and still use today.

Nothing wrong with that, if it works. That's the key... if it works. But what if it doesn't - what then?  You can ask the local tack shop owner or someone else but the problem is that misinformation is taught to everyone including trainers. Usually without their knowledge. Whether its pride or ignorance that people don't want to know technically about bits, I can't say. I'm not going there but I have studied that too to know the source of why riders are hesitant to 'go down the bit route'.

So the snaffle bit that I was using on my 2yr. old was not working any longer. The horse was dull on that bit and basically ignored it. I made her pay attention to the bit better but I knew that I didn't want to have to get after her for not responding quickly. Her mother was like that.  So there are family lines or horse genetics where some horses have naturally thicker tongues and usual bits can be ignored.

A horse with a thicker tongue easily learns to ignore the cue from a standard bit. Generally speaking, for example, draft horses have thicker tongues. When I have a lazy horse and they are not responding well to the bit, I first think of checking their tongue. Believe it or not, some horses have tongues too big for their mouth. Great Pine bred horses were known for dull mouths and dull sides. My Whizard Jac mare for example is very sensitive to a bit as do hotter bred horses. The horse is always one part of the equation obviously, in determining what bit to use.

For my filly, I wanted to stay soft with my hands. I've seen too many riders having to be rougher with their hands to get the response they need from their horse. That's another clue - needing to be rougher with your hands than you want to be. I don't like it at all so I tend to go to a curb bit faster than most riders.
Be An Educated Rider
I use the analogy of a 'hot knife through butter'. For the rider's sake and the horse's sake, you don't want to learn to be rough with your hands. Educated hands can use most bits and not have a problem.
Most riders are taught to consider only the horse and the event they want to do with their horse and not realize how important the rider is in the equation. I always shock people when I mention how important that is. I will get into more detail in the next article about that.
Back to my filly, so it was time to put my filly into a curb bit. I choose the Myler 3-ring combination bit. See photo. 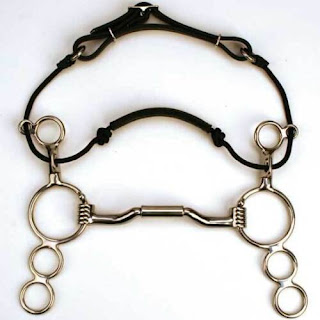 I use this bit as a training bit and introduces leverage to a horse. A rider can keep their hands softer while having more effect on the horse. More information to come. Lots to talk about with the trick rider who called and wanted to see if a different bit could be used for her horse that was running through the bridle - another common problem.

Putting My Spin on Using The Equipment That Works Best