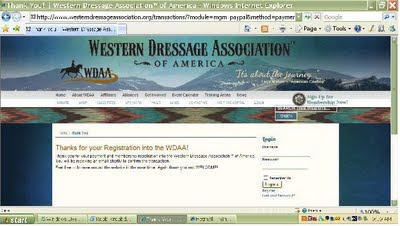 I'm a big admirer of Jack Brainard's work.  I have his book: "If I Were To Train A Horse." He's a master at flying lead changes. You've read some of his quotes here before.
His quote: "When dressage suits your needs, but a Stetson suits your lifestyle."  He is a big promoter of western dressage (WD) or cowboy dressage and was instrumental in developing the Western Dressage Association of America .
In my articles, I refer to body control foundation work which is what is also called western foundation training. IPHDA's term is western performance horse development.
WDAA says that Western Dressage is not supposed to be english dressage in western tack. I think so. It appears to be dressage tests under western tack. What do you think? Here is a link to the rules.
Putting my spin on western dressage.
Reinersue
@KISS Reiners