In The Chair: Judging The NRHA Level 4 Non-Pro Futurity Finals

I had the opportunity of watching the NRHA Non-Pro Futurity finals and run-off on live stream with NRHA judges: Steve Ross and Jody Brainard providing commentary. I had the privilege of scribing (judge's assistant) for Jody this past summer. I've always found listening to judge's commentary most beneficial for learning about reining. That's why I started NRHA scribing in the first place.

I have provided some of their and my comments below.    Before I start, I want to give a big shout out to Marilou Paradis and Bob Gleeton for being the Eastern Canadian Affiliate Ambassadors (which includes Ontario).

Some Points Noted by the 2 NRHA Judges: 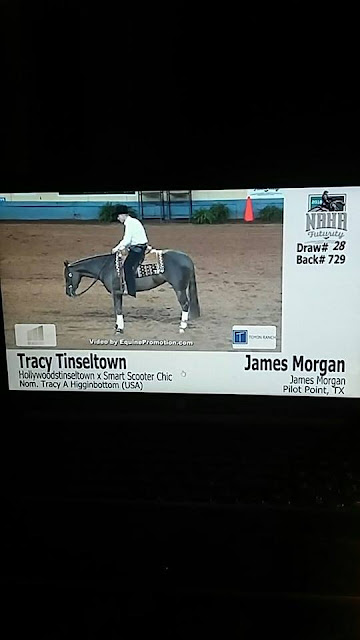 I want to wish everyone a Happy Holidays and all the best in 2019!