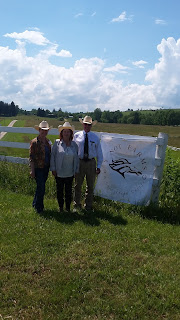 Y NOT Farms was the location of two FEI world qualifying shows July 6-7th for Canadian Reiners. Owned by Ron and Gillian Lubinski, the Georgian Triangle setting was very picturesque and the weather was lovely.

Held every four years in the middle of the Olympic cycle, the 2018 FEI WEG will be held September 11-13, at the Tyron International Equestrian Center (TIEC), Tyron, N.C.

Horse Canada released a statement April 3, 2017 on the Tryon WEG logo. Tyron, North Carolina is "Nestled in the rolling hills of North Carolina’s Blue Ridge Mountain range, Tryon Resort is uniquely qualified to host the event. The Resort, which opened in 2014, is situated on a vast 1,600 acres and includes the Tryon International Equestrian Center. As one of the world’s premier equestrian venues, TIEC already has the majority of infrastructure in place."

Each of the two days, the two FEI approved veterinarians Dr. Sylvie Surprenant (Quebec) and Dr. Alan Young (Caledon) performed the required FEI pre-show inspection or jog of the horses.

In the first photo, you see Foreign Judge (NRHA) and Ground Jury President Mr. Joe Hayes (Gainesville, Tx) doing a walk around inspection of the horse. I was fortunate enough to be the judge's assistant/scribe for this event and the NRHA/ORHA show that followed. It was my first time for an FEI event.

In the background is the FEI Chief Reining Steward, Mrs. Jane Lyons (in red). Beside her is the other attending physician. 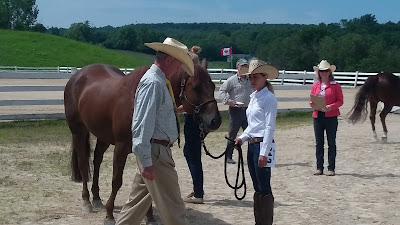 In the next photo, Matt Hudson is handing his horse's FEI passport to the FEI vet for review. Matt will then do a jog of the horse to check for lameness. 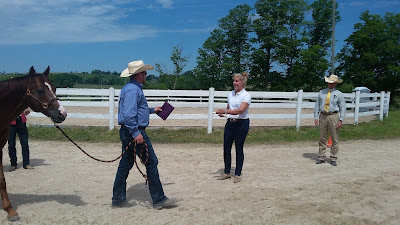 Each horse's micro chip was read for verification and then checked against the information in the passport. Here Dr. Sylvie is using a chip reader on one of Dany Tremblay's horses (owned by Fletcher's Horse World). 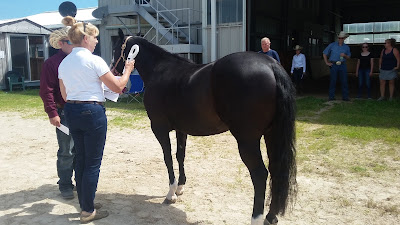 Successful Inspection
All 9 horses easily passed their jog inspection as you can see from this photo. 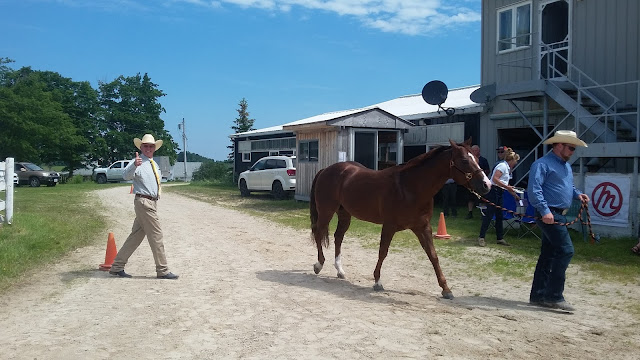 Equine Canada Requirements to Qualify for Team Canada and WEG

"CRI3* RIDERS WISHING TO QUALIFY FOR WEG 2018: Per FEI Rules, a minimum average score 70 at two out of three different CRI3* during the qualification period is required and one of these scores must be achieved no earlier than January 1st 2018 and before the end of the qualification period. There may be some additional requirements from Equestrian Canada. Please watch the website. "

Winners being presented with their ribbons. 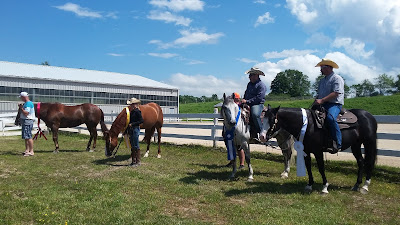 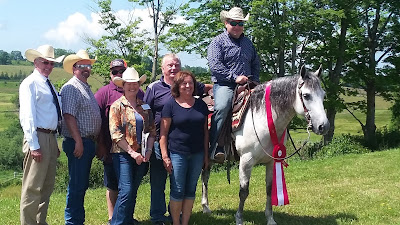 Congratulations to all those who qualified!

Putting my spin on CRI for WEG.
Reinersue
@KISS reiners