Do you believe in panspermia?  (Definition here.) Basically space rocks with seeds of the world landed here on Earth and populated the planet with all the plants and animals, supposedly.

Do Horses Come From the Pleiades?

There are many species of equines throughout our solar system according to a youtube channel called Pleiadian Knowledge. *

There are also 3 types of equines native to the Taygeta Star System of the Pleiades Star Cluster. You can watch the information in the youtube video:  Equines of Taygeta. 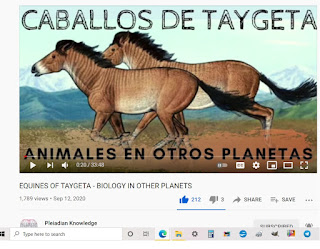 You can also download a transcript of the video: "Equines in Taygeta.pdf -Version 1" from their facebook page: Pleiadian Knowledge PDF.

According to their transcript, there are many equine species all throughout our Solar System and other solar systems such as Taygeta. The Taygetans refer to their equines species as 'Linhas'. The Taygetan's have a language close to the Navajo Indians.

#1 Lin of Temmer and Erra Planets of Taygeta

The species of equines most resembling our Earth horses are called 'Lin'. They look like part zebra - part buckskin. On average they are 30% smaller than domesticated horses on earth. They have most of the coat colors of our horses except pinto but most of them are brindle. 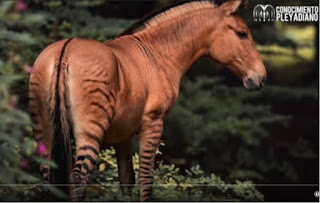 As you can see from the photo, their stripes are mostly along the neck, back and legs and not uniform throughout like our zebra.

Another interesting characteristic is that they have a split hoof similar to our deer or cattle here on Earth called even-toed ungulates.   And they are not domesticated. 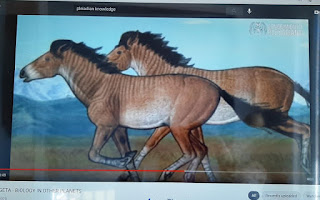 As you can see from this next photo, there is a smaller version of the Lin specifically on the planet Erra. Again, they are mostly brindle with a split hoof.

They are similiar to an extinct species of Equus on Earth called the Merychippus. Wikipedia Definition here . 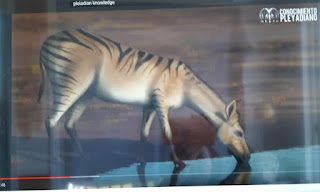 As you can see from the photo below, they are about the size of a large dog. They live mainly in forests.  They most closely resemble that of an extinct species of North American equine called Eohippus. Definition here. 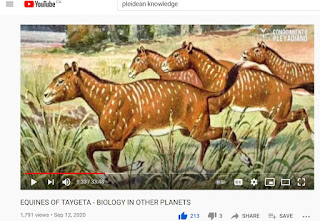 *Credit here for all this knowledge is given to Estella Fernandez and Cristina Alvarez of Pleiadian Knowledge.

Putting My Spin on Worldly Equines